Amalie “Emmy” Noether was a German mathematician I really respect. She made incredible contributions to  theoretical physics and an important theorem has her name. I’m talking about the symmetry theorem: it shows the link between symmetries of a system. A conserved quantity corresponds to every simmetry of the Lagrangian. You can read more about it here.

I decided to draw an appealing and nice Emmy as first digital painting of my Scientists portfolio because I’m actually studying Analytic Mechanics and her theorem is stunning.

A tour of my creative process and the research on this subject.

I made some different sketches, and it was very hard to me to find the good compromise between aesthetic and scientific comunication. First of all, I wanted to paint a nice female subject, in a slim body to rapresent her strong will and the male vision of a woman as a teacher and a matematician. 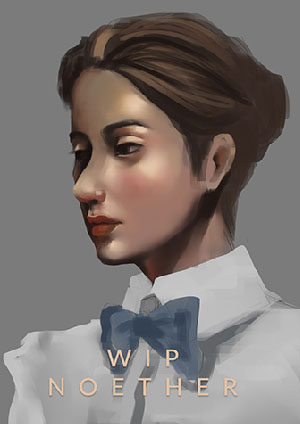 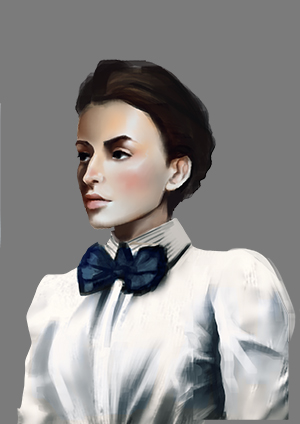 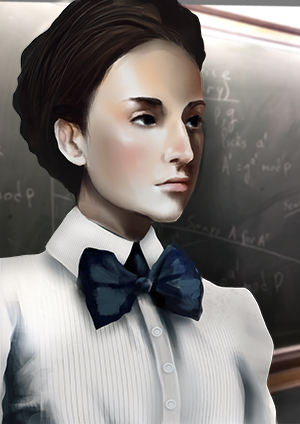 As you can see, I made dramatic changes to her figure. The first drawing was only a first study and some kind of exercise for me. I just decided the pose and the mood. After that I rendered a more realistic face but my Emmy was too much close to an actress and far away from a matematician. The third attempt is the final one. She is a beautiful woman, very serious and from her eyes a little emotion of fear shows up. I’ve read her biography before doing this painting and I found something shocking: sh worked as a private teacher in her university with no salary because she was a woman. Also, someone said “what could a soldier of us, coming back from war, when he will study from a woman?”
She is a very relevant matematician and her works can be compared to Pitagora’s. She is an example to follow with no doubt. 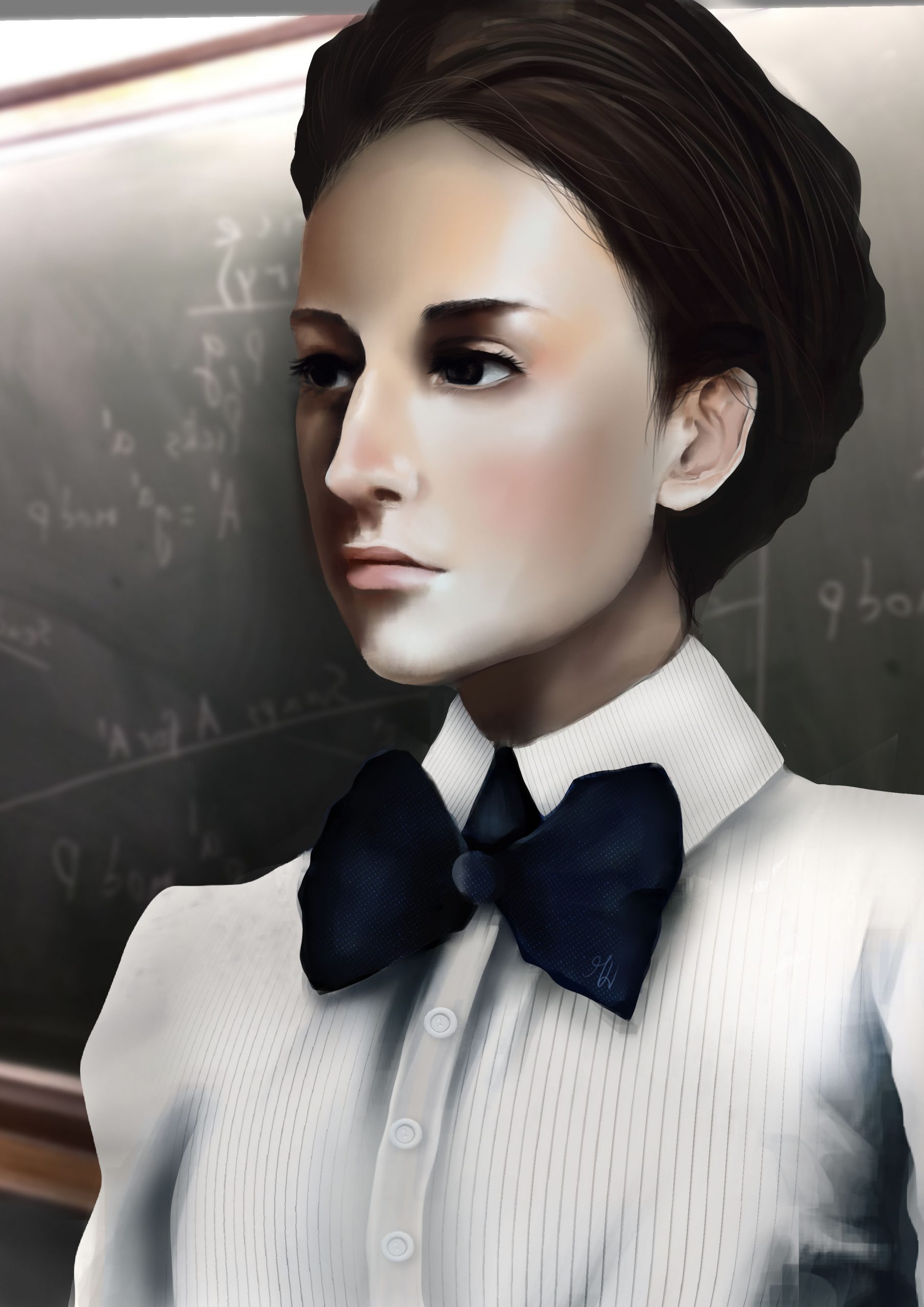 See me in action on Twitch